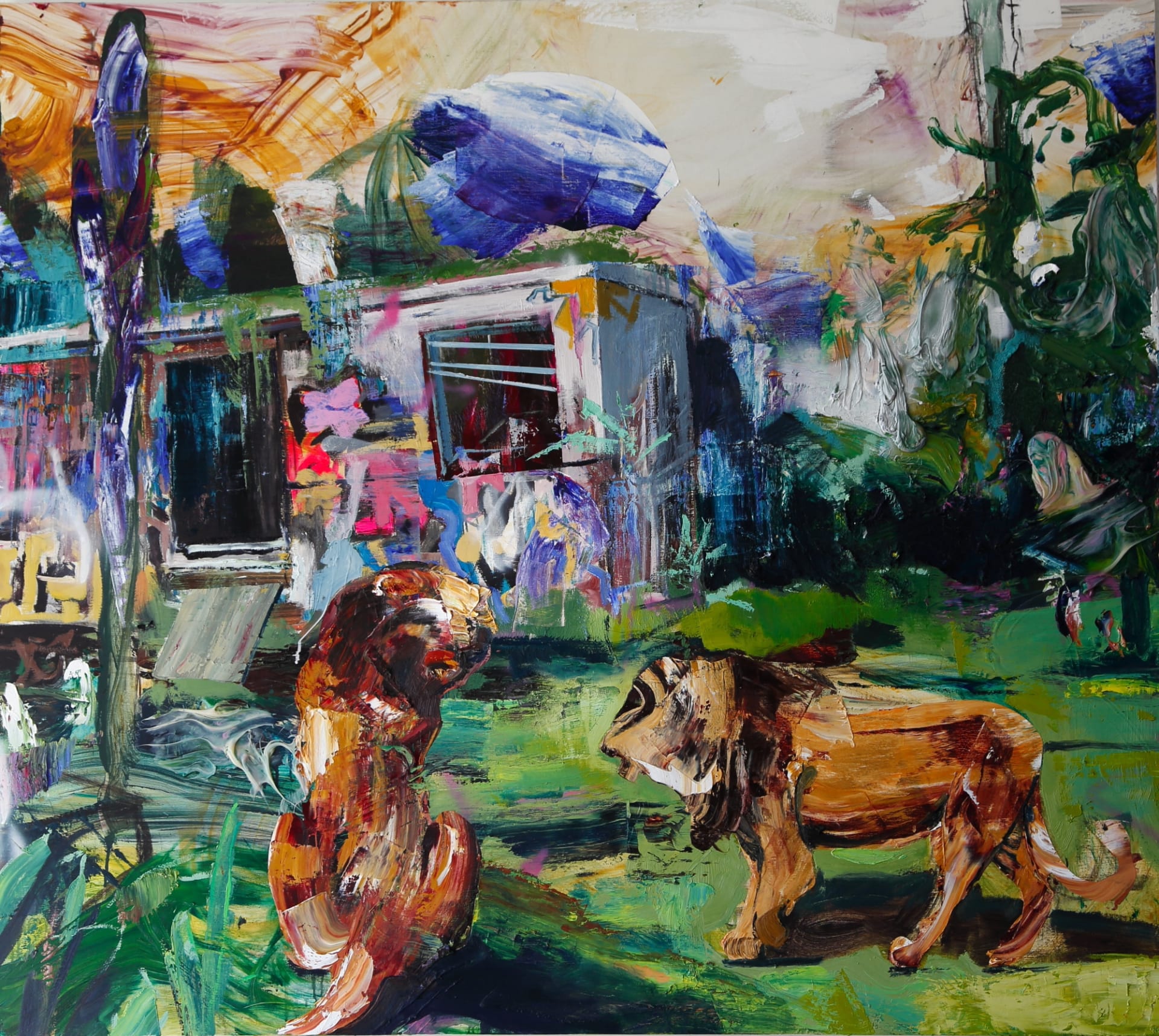 Viljami Heinonen’s Sanctuary was painted this spring specifically for the walls of Laukko’s former Stables. The lusciously colourful and fantastically painterly works are bursting with surprising twists and exciting encounters.

The intense manner in which the painting has been done can be seen and felt throughout the exhibition as a maelstrom of kinetic energy. The architectural elements bring a new structural depth to the jungle-like visions of the future.

The exhibition’s narrative tension is built up via collage-like animal figures that live on the outskirts of towns reclaimed by nature. At Laukko feral predators, colourful graffiti and abandoned containers take Heinonen back to his roots as a visionary. 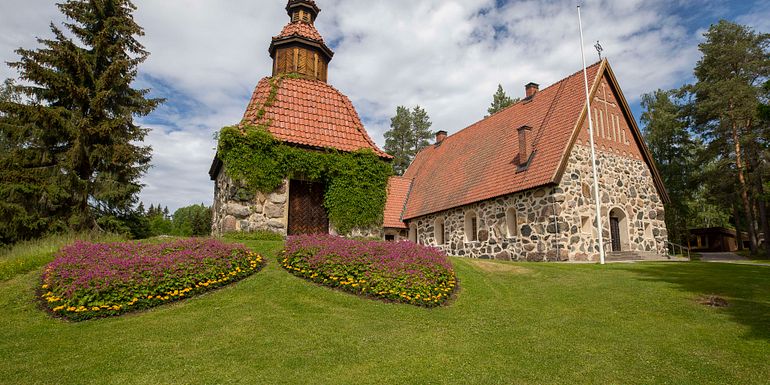 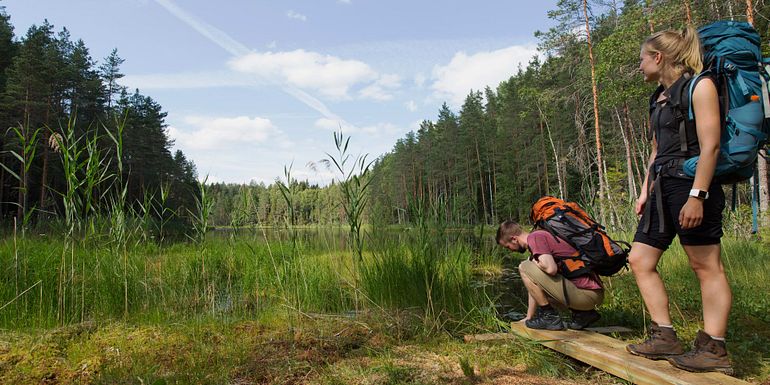 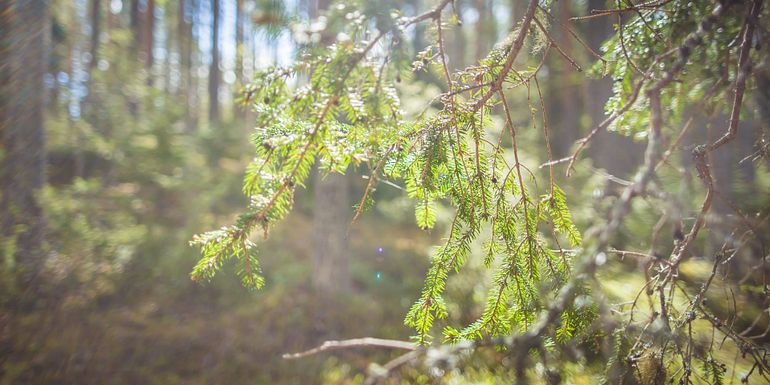 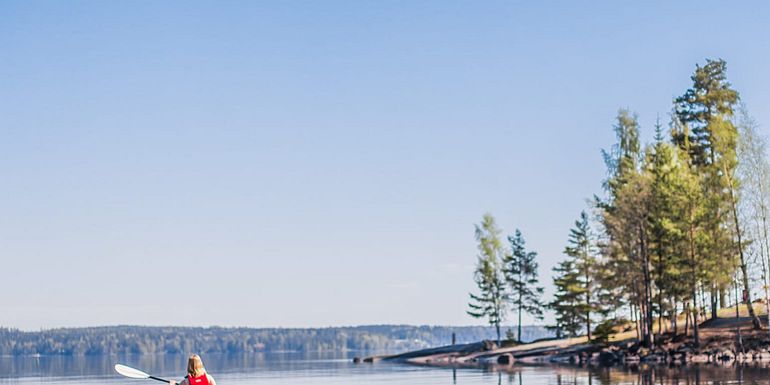