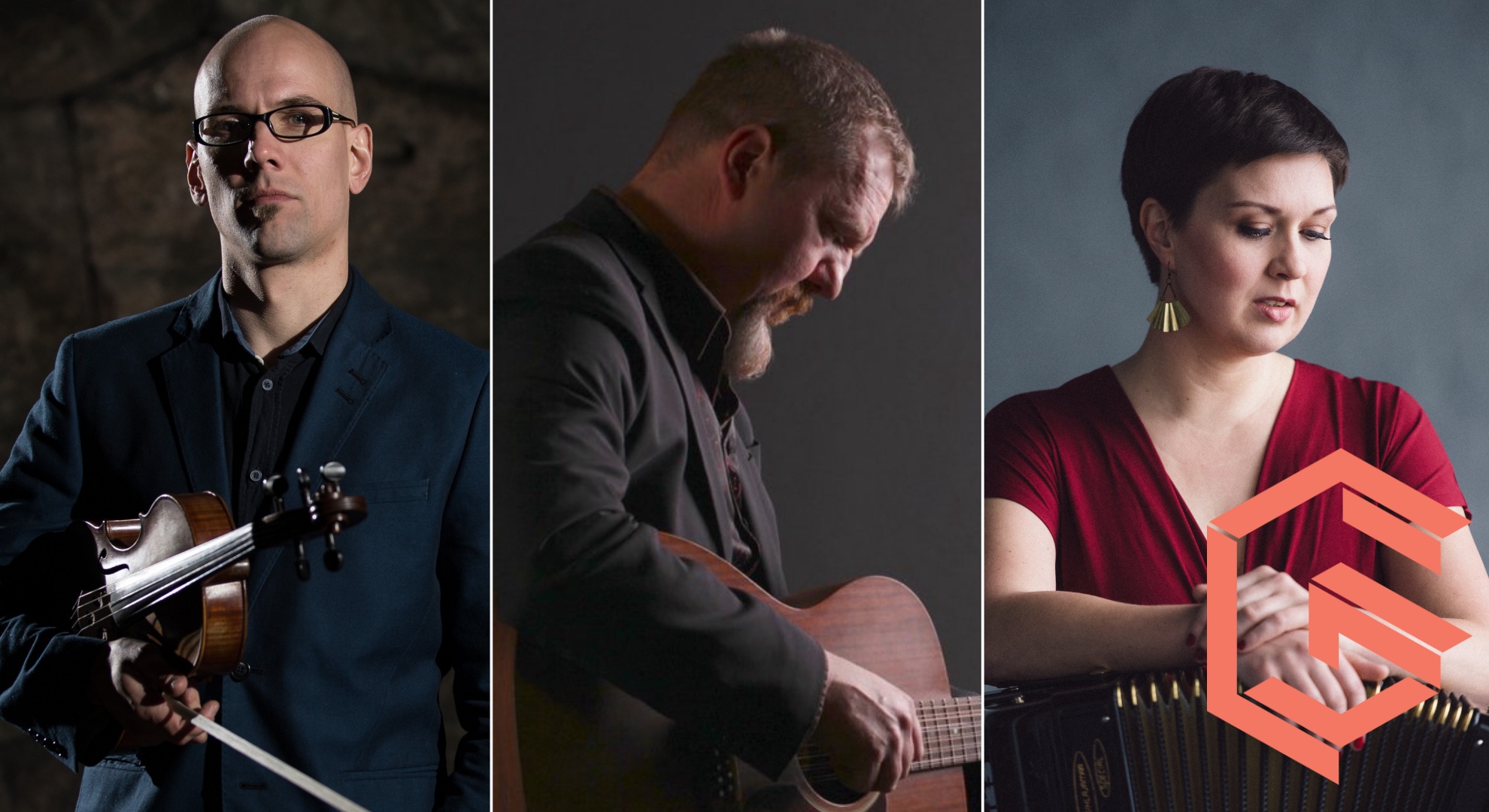 The duo by Esko Järvelä and Roget Tallroth and Teija Niku perform at G Livelab!

Roger Tallroth is a Swedish folk musician and composer, best known as a member of the legendary Swedish acoustic trio Väsen. Roger has developed his own way of playing the guitar over the years. In the early 90s he came up with a unique way of tuning and stringing his 12-stringed guitar, the “Tallroth-tuning” has been named after Roger by other guitar enthusiasts.

Esko Järvelä is a musician and a multi-instrumentalist from Kaustinen, a village known as the home of folk music in Finland. Esko is recognized internationally as a creative and versatile fiddler but he also masters many other instruments such as keyed fiddle, double bass, piano, harmonium and guitar. Besides his work as a performing musician he is also well known for his composing and arranging skills: Esko has written music for several dance- and theatre productions and his works can also be found on dozens of albums.

Teija Niku is a Finnish accordionist, known for her expertise in Nordic and Balkan folk music. She has been described as a composer with an excellent sense of melody as well as inventive arranger, and her lyrical style of playing the accordion transcends technical accomplishment or pose. In the summer of 2019 Ääniä Records released Niku’s third solo album Hetkessä, which is entirely composed, arranged and recorded by Niku herself.