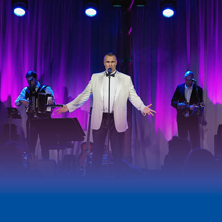 The career of Oulu policeman Petrus Schroderus as an opera singer actually began with his victory in the Timo Mustakallio singing competition at the Savonlinna Opera Festival in the summer of 2004. During the following years, his attachment to the Finnish National Opera brought him leading roles in several operas. Petrus also performed in Savonlinna Opera Festival productions and as a concert soloist in different parts of the world.