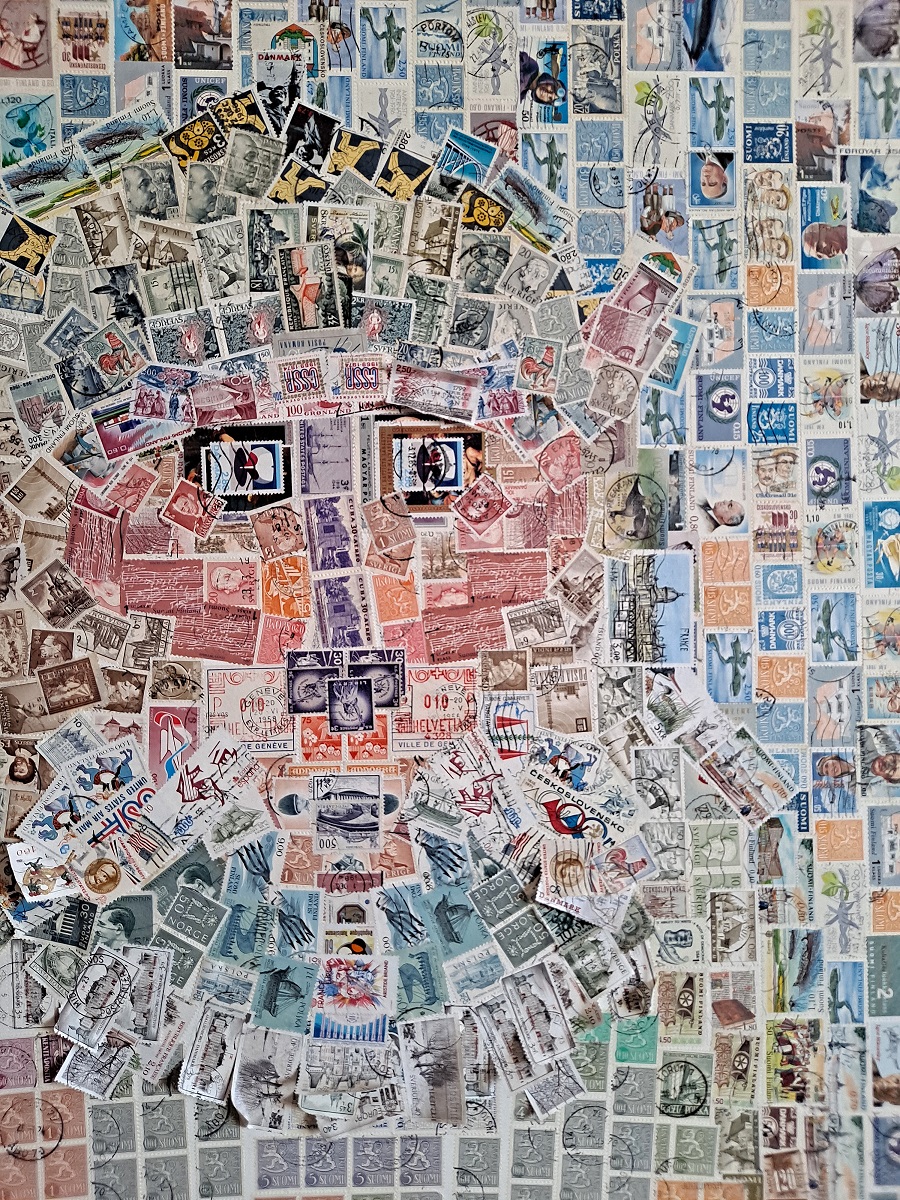 As a child, Petri Neuvonen collected stamps like so many other children. He took an artistic interest in them when he inherited his grandfather’s and aunt’s stamp collections in the early 2010s. His grandfather, Eero K. Neuvonen, worked as a chief librarian at the University of Turku in 1941–1969, and Pirjo Neuvonen also made her career in libraries.

Going through the stamp collections, the artists became painfully aware of their present value, how an object that was very precious to the original collector might not be of any value to the heir. Collections always have sentimental value to the family and it is difficult to let them go, but keeping them is often impossible. It is a comforting idea that material has its cycle and an opportunity for a new life.

The artists found inspiration for the monkey works in Bali, where they worked in an artist-in-residence programme in 2017. Monkeys’ fascinating human-like qualities are like caricatures of humanity; they make it is easier for both the maker and the viewer to handle emotions.

The collages, made from stamps collected by three generations, deal with the depreciation of objects in relation to their sentimental value. The artists wanted to treat the stamp collections with respect and exhibit them in their own typical manner: as works of art. The project allowed the artists to go through emotions and memories via the collections left by their deceased relatives.