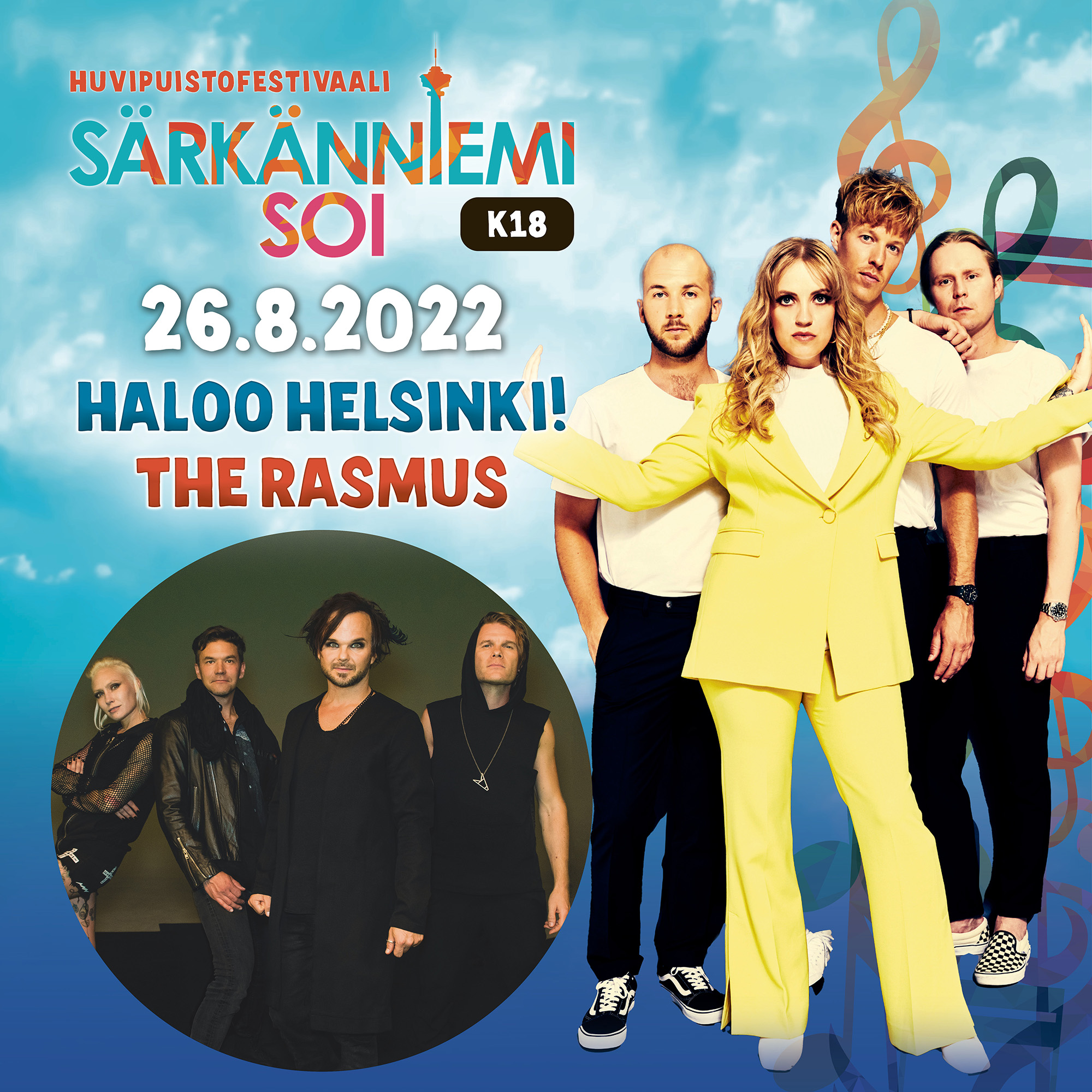 The Rasmus doesn’t need any introduction. This rock phenomenon has sold albums worldwide. This spring millions of fans supported them at the Eurovision Song Contest final.

Haloo Helsinki! is a finnish pop/rock band whose songs has been on top lists and they have won several music awards. They even got own musical Maailma on tehty meitä varten.

Event and the amusement park is open from 5 pm to 12 am. The event is accessible with the event ticket which includes rides.