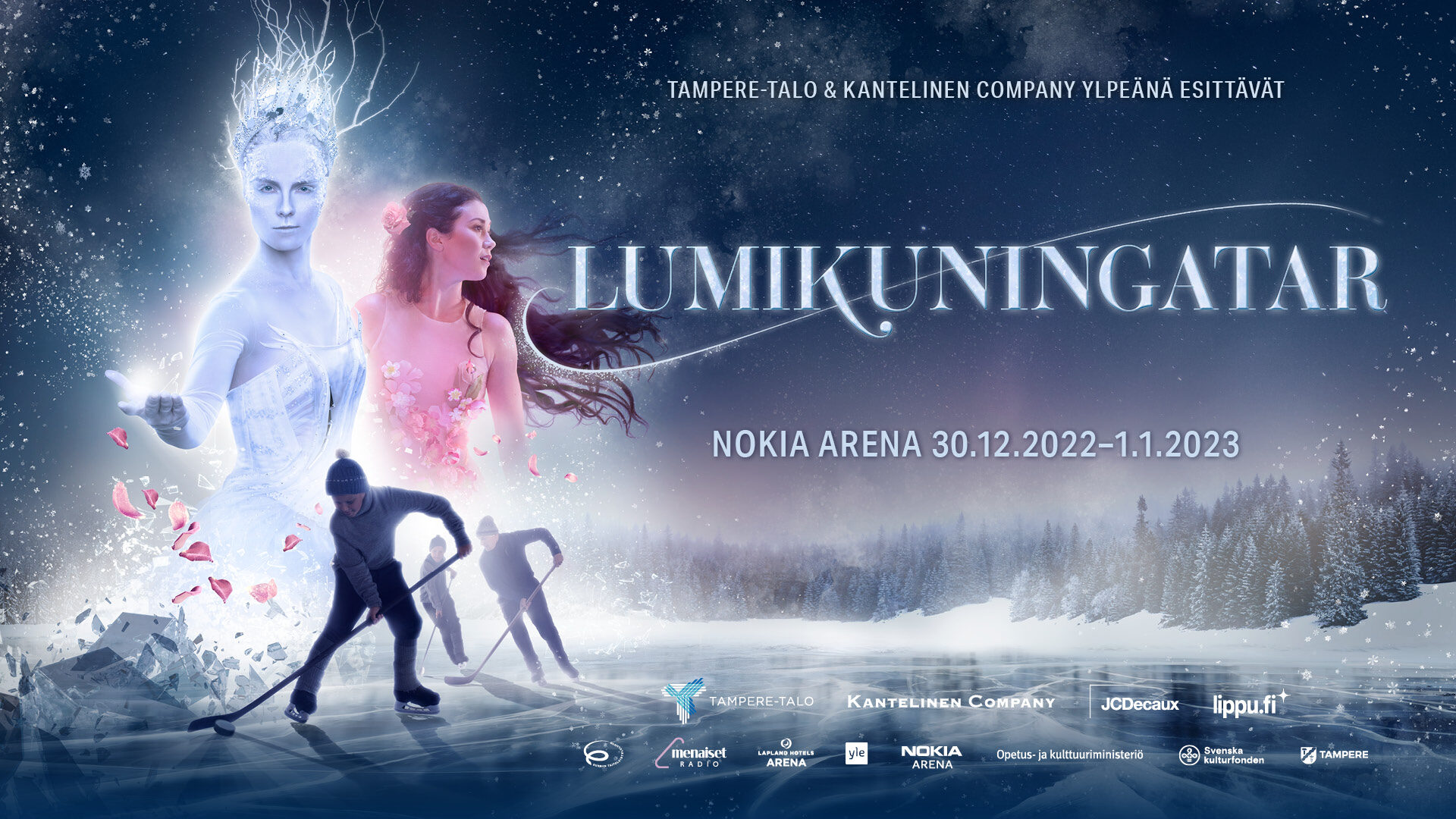 Lumikuningar ice ballet will have its world premiere at Nokia Arena on Friday, December 30, 2022. The visual look and cast of the big family production were renewed. The role of the Snow Queen is skated by Laura Lepistö, a multiple European and World Championship medalist in figure skating. Kiira Korpi will miss out due to schedule reasons.

The Snow Queen Ice Ballet is based on the classic fairy tale by Danish Hans Christian Andersen (1805-1875) and brings together figure skaters, figure skaters, dancers, ice hockey players and performing arts professionals in an unprecedented way. The domestic ice ballet is an exceptional stage production on a world scale, which has been worked on since 2019. The work’s artistic working group includes a number of top performers, such as director and choreographer Reija Wäre, visualist and lighting designer Mikki Kunttu, screenwriter Melissa A. Thompson and costume designer Erika Turunen. The Snow Queen’s music was composed by Tuomas Kantelinen.

Due to the corona restrictions, the Snow Queen ice ballet was moved to the turn of the year 2022–2023. Already purchased tickets are valid for the new screening times.

Performances at Nokia Arena in Tampere

The show lasts about two hours, including one intermission. The show is recommended for viewers over 6 years old. Flashing light effects are used in the show.