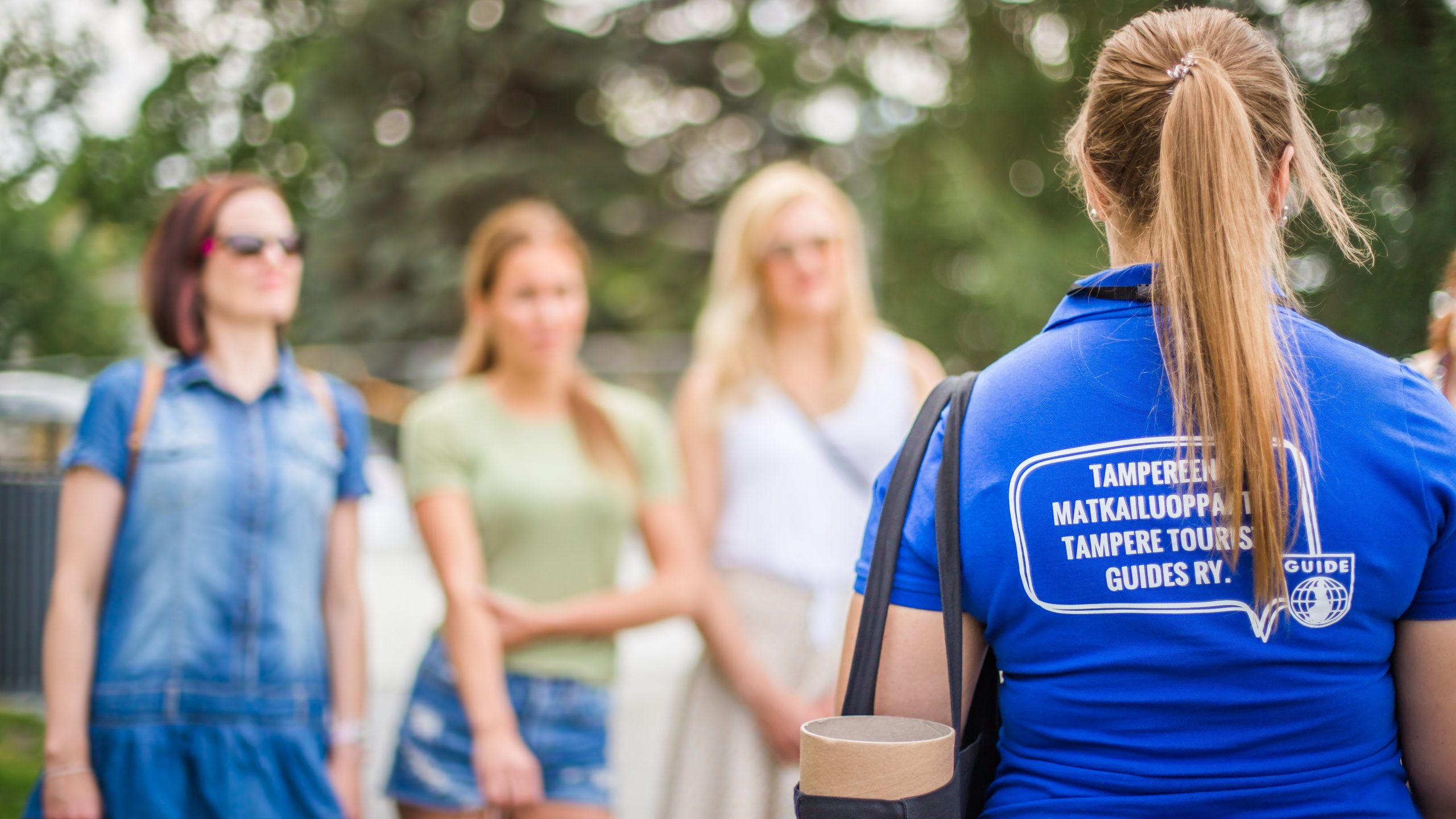 Many writers, poets and other cultural figures who influenced Tampere are buried in the Kalevankangas cemetery. On a guided tour of the cemetery, we get to know the life stories of well-known figures from literature in their final resting places. Departure for the tour from the main gate of the Kalevankanka cemetery (Hautausmaankatu 5).

The guided walking tour takes you on a journey back in time to Tammela, the childhood landscapes of writer Anni Polva (1915–2003). These modest regions filled with wooden houses also serve as an event venue in Polva’s beloved Tiina character. Follow in the footsteps of Anni and Tiina and fall in love with the atmosphere of old Tammela, where there is plenty of room for a child’s play and creativity! Departure for a tour under the Tammelantori clock.

We learn about Väinö Linna’s (1920–1992) life, career, and significance by visiting the writer’s connected places in Tampere. Learn about Linna’s factory work in the Finlayson area and hear Linna’s connection to Tampere’s famous writer circles. During the tour, we also get to see the places where the beloved author lived during his life in Tampere. Departure for the tour from Väinö Linna square, Finlayson area.

It is important to remember to wear weather-appropriate, suitable clothing and good footwear!

The tours are in Finnish.