Tampere is easy to explore also by people with disabilities. The streets are even, there are accessible taxis and the new tram makes public transport even more accessible than it was before. Most hotels have accessible rooms. We listed some accessible activities in Tampere.

Fiex Oy organises accessible boating trips where you can also try your luck at fishing! It is easy to get on the boat which has 8 seats. Fiex offers fishing trips on Sunday mornings and Friday evenings but they can also tailor trips for your needs. A professional guide attends every trip. 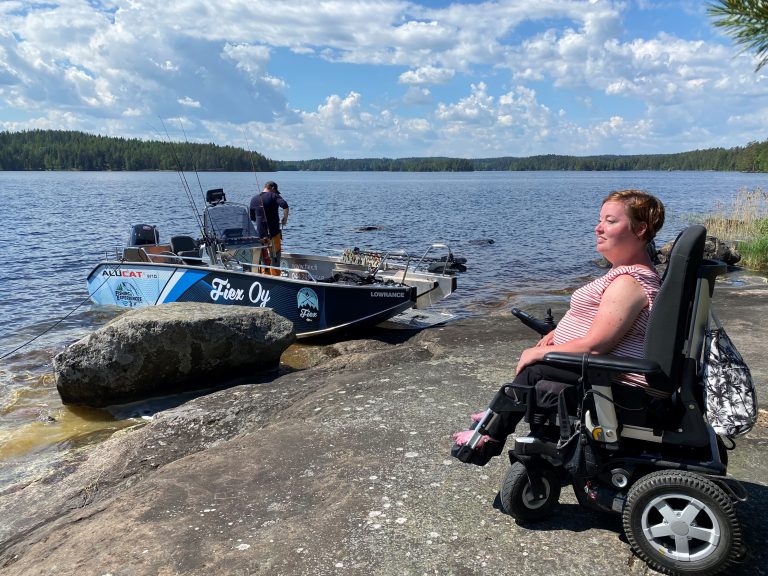 Matrocks Oy creates accessible freetime activites. You can book an accessible coach for your group via them, and they have trained personnel to guide you or your group. You just make a wish – Matrocks makes it come true!

The Hopealinja – Silverline – boats from the Laukontori market to the Viikinsaari island are accessible, and so is restaurant Viikinsaari. You can buy a picnic box at the restaurant and have your picnic outdoors. The summer theatre has space for wheelchairs. There is also an accessible toilet on the island. 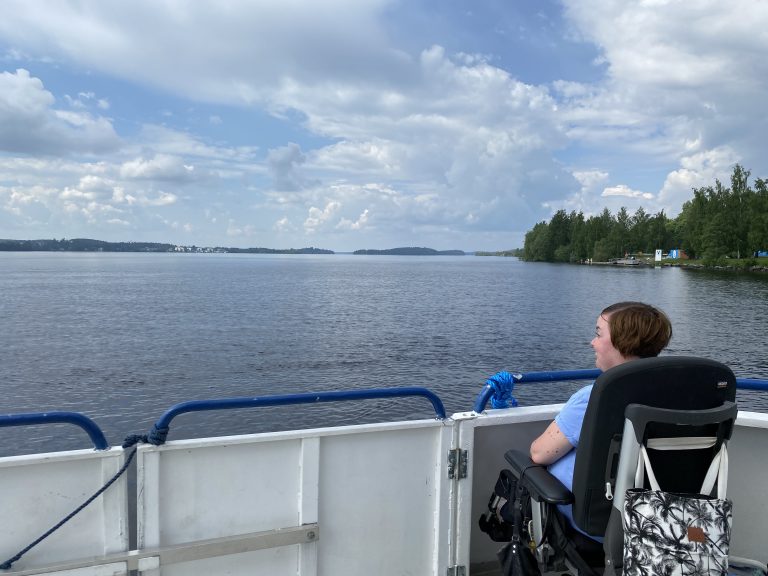 Särkänniemi is the theme park that brings a smile on your face. There is also Doghill Fairytale Farm where you can see some real animals in additon to Mauri Kunnas figures. The observation tower Näsinneula is in the same resort. Almost all areas are accessible but it is a little hilly at some points. Some rides are accessible, and there are several accessible toilets. 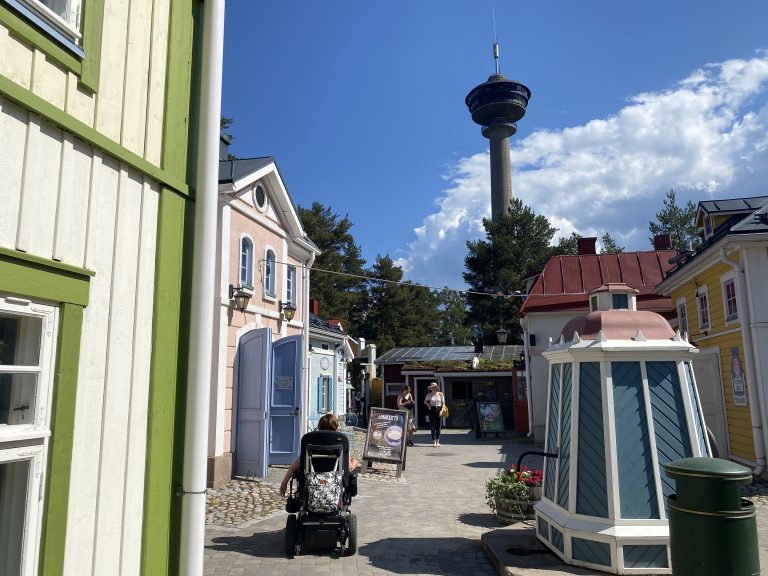 Tampere has quite a few fascinating museums and most of them are accessible. For instance the world’s only Moomin Museum at the Tampere Hall is suitable for all ages and groups, and definitely worth visiting. 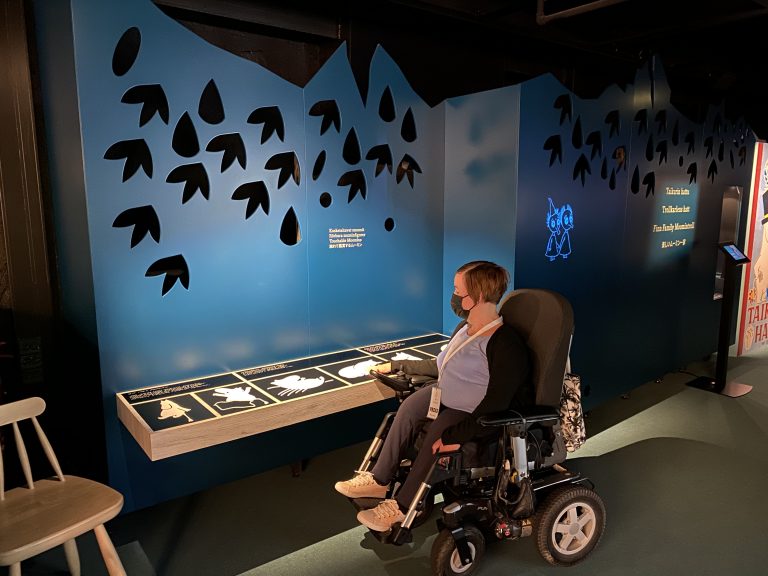 Shop till you drop – and then rest by eating something delicious!

The shopping centre Ratina makes your shopping dreams come true. There are lifts to go from one floor to another, and several accessible toilets. Ratina also has nice restaurants and cafés that are accessible. If you want to experience old-fashioned atmosphere after this modern one, the 120-year-old Market Hall is the right destination. It is accessible, too. 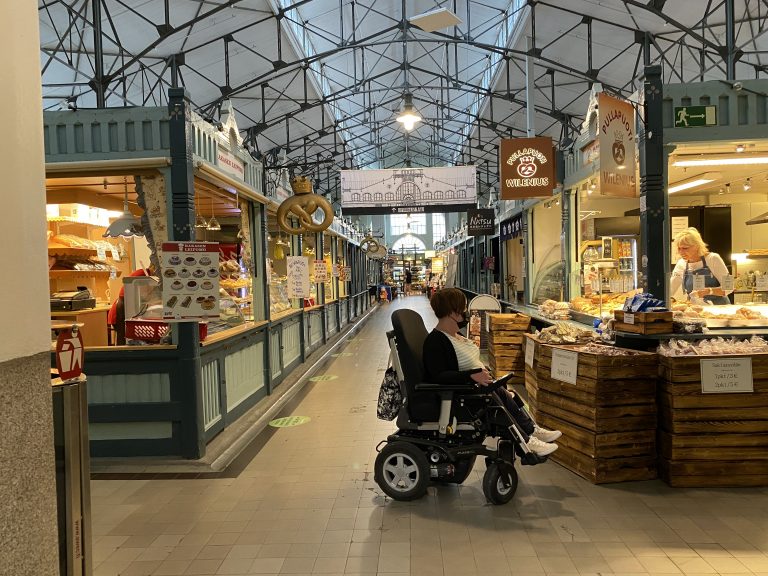 There are a lot of great restaurants, so many of which are accessible that it is hard to pick only one! Restaurant Tampella next to the rapids is atmospheric and accessible both in- and outdoors. Sauna-restaurant Kuuma at the Laukontori market has accessible tables both in- and outside. Kitchen & Bar Dabbal in Lapland Hotel Tampere specializes in Finnish food and you can imagine being in Lapland when you enter the restaurant. The ramp to go in is a little narrow, though, so it might be difficult for some wheelchairs to use it. If you feel like having a drink with a stunning view, you should go to Moro Sky Bar in Solo Sokos Hotel Torni’s  25. floor.

This article was produced in collaboration with Palmuasema. Pictures: Palmuasema 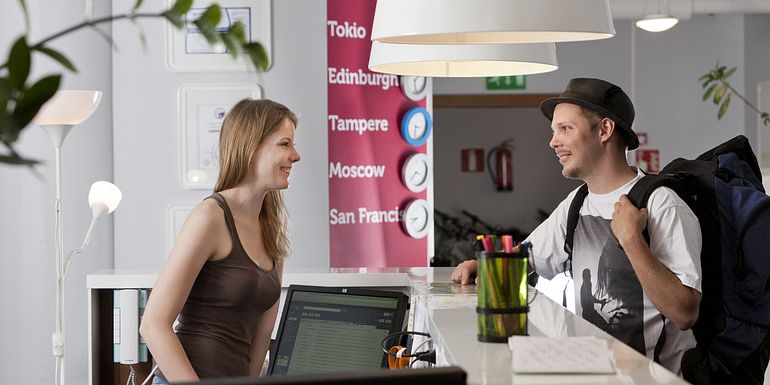 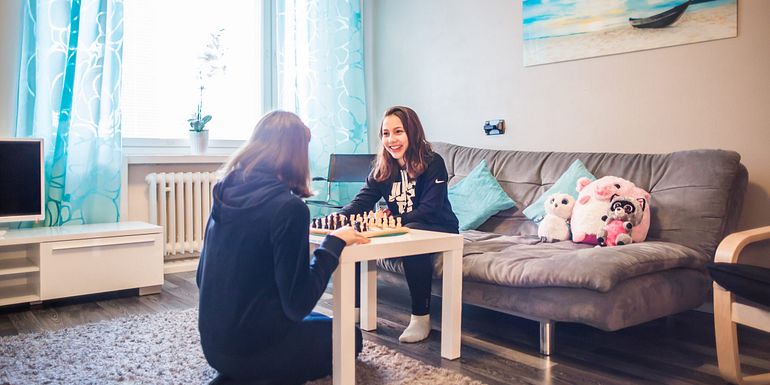 Will you be staying for longer? 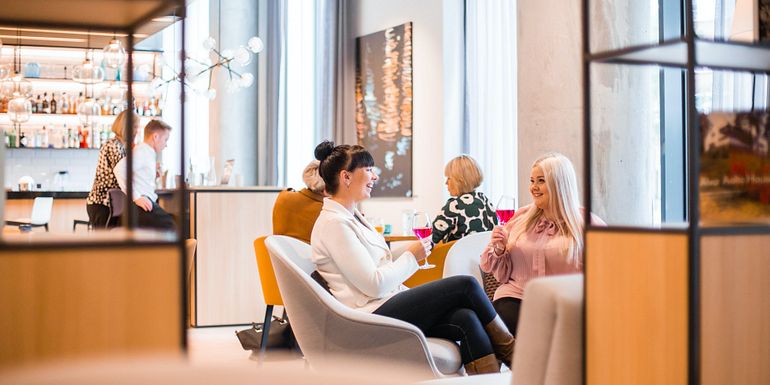